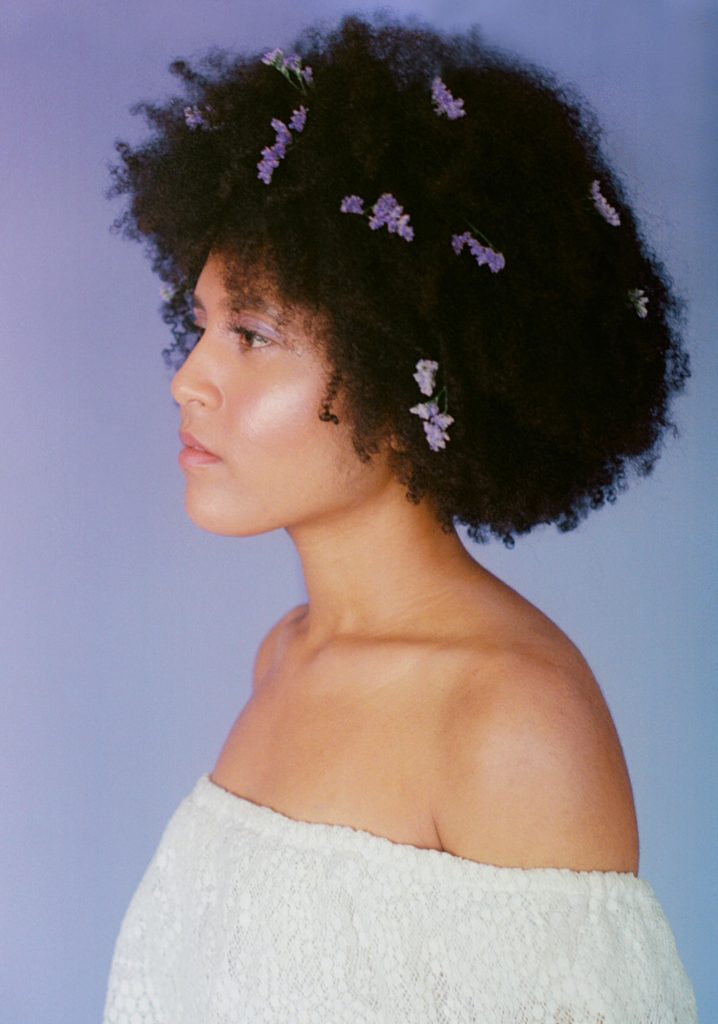 “Her celestial vocal register and authentic lyrics place her in a lane that few can  occupy.” – Soulbounce

DC-based vocalist and songwriter Cecily, (pronounced ses-suh-lee), is known for her agile soprano and  honest lyrics. Her sound, as soothing as it is rich, is rooted in a deep appreciation for mid-century soul  and jazz, 90’s R&B, and re-imagined folk music.

In her songs you’ll hear the influence of growing up surrounded by her parents’ vast record collection.  Her father, a lover of Miles Davis, and her mother, a Smokey Robinson fan, filled their home with soulful  sounds that captivated their daughter, and which she has channeled into her own work. This influence  gives her work a unique sensuality that informs not only her vocal approach, but also her self-reflecting  lyrics, grappling with self-acceptance, vulnerability, and rebirth. Soulbounce says that Cecily creates  “music that pulls from the past but looks toward the future.”

Her debut album Songs of Love and Freedom garnered her a 2019 Wammie Award for Best Soul Album  and was named “Best New Soul on Bandcamp” by the Bandcamp editorial team, who described the  project as “stirringly timeless and modern.”

Cecily’s 2019 release exploring unconditional love, Awakening Pt. 1. landed her first SoulTracks Readers’  Choice Awards nomination for Female Vocalist of the Year, a 2020 Indie Soul Music Award for Best  Female Artist of the Year and a 2020 Wammie Award for Best Soul Song for her single, “Clumsy.” which  BET.com praised for its “gorgeously sultry vocals.” The Awakening Visual EP received Grammy  consideration for 2020. The project was also named “Best New Soul on Bandcamp” by Chaka Grier of  the Bandcamp editorial team, who praised her ability to blend “top-notch songwriting and thoughtful  self-reflection with a gentle jazz-influenced sound.”

“Spirit Tell Me” the first single from Awakening Pt. 2, will be released on November 11, 2020. Cecily’s  eagerly anticipated continuation of the critically acclaimed Awakening Pt. 1, the album interweaves  Cecily’s life experiences with inspiration from the book All About Love by Black feminist writer bell  hooks. Cecily had originally delayed putting out new music due to the pandemic, but she says, “I woke  up one morning in June in the midst of the global public health crisis, economic uncertainty, and an  unprecedented movement for racial justice, and I knew this was a song that needed to be shared before  the end of the year. I knew that this song of hope was desperately needed especially now.”

Cecily has performed multiple times at the legendary Blues Alley and the Apollo Music Café, as well as  The Kennedy Center, The Hamilton, The Howard Theater, and The Mint LA. In 2017, Cecily and her band  were invited by the US Embassy to perform in Colombia at the VI Annual Mompox Jazz Festival. She has  been featured on BET Soul, BET Her, BET.com, Music Choice, WUSA9, WJLA, NewsChannel 8, DC  Office of Cable Television, Film, Music and Entertainment, WBGO, WPFW, and NPR.

As a Washington, DC native, raised in a city synonymous with politics, it was an obvious choice to  pursue a career in public service. But by the age of 21, Cecily walked out of her International Relations  classroom feeling disillusioned. She told her mother that after 10 years of singing as a hobby, she  wanted to dedicate her life to music. With a degree in Political Science and Black Studies, Cecily began  her career as a vocalist and songwriter, with the mission to bring purpose and power to her music and  people’s lives. Over her career, she has done just that by making a commitment to create work that  celebrates vulnerability as a strength, unconditional love as a grounding principle, and joy as an innate  human right.

I just found out that Thich Nhat Hahn has become a

This past year deepened my appreciation for my dea

Exactly 1 year since “Spirit Tell Me” was rele